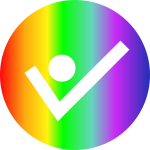 Experience the sights, sounds and smells of Roman Britain. Dewa Roman Experience occupies a unique site at the heart of the original legionary fortress.

In 1991 archaeologists discovered remains of the fortress on this site and the excavations have been left open for public viewing. Your visit begins in the dark hold of a Roman Galley. Grapus the Oars Master tells of the dangers you will face as you near the edge of the known world.

Upon leaving the Galley you will be able to see the reconstructed granary, barracks, bath-house, taverna and market stalls that would have formed part of the fortress that was once home to the 5000 strong “brave and victorious” Twentieth Legion.

Our award-winning ‘hands-on’ room is immensely popular with both adults and children alike. Here you can do a variety of historically themed activities such as trying on Roman Armour, firing a catapult, building a hypocaust and creating a mosaic. For the budding archaeologist there is a chance to handle and sort ancient pottery and bones on display.

Additional information: Many areas have been adapted for pram and wheelchair users.